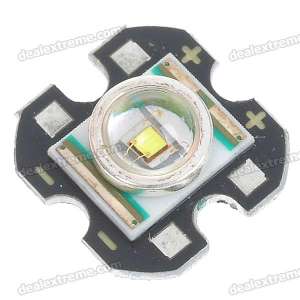 I attended a ham radio swap meet several years ago and at one vendor’s display I saw a very strange flashlight. It used a flat, square LED under an adjustable lens that produced a very bright light. This was my first look at the new type of light emitting diode (LED) from Cree, inc. Now, several years later they are taking the lighting industry by storm. The efficiency and durability of this technology is a game-changer. So when it came time to replace my Surefire G2 on my carbine this was the obvious direction for me. 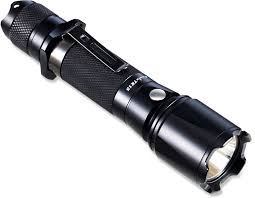 When considering a weapon light for a long gun, I began my quest as always, searching the forums to see how others had made their decisions. I saw a lot of information on Surefire and Streamlight products but another manufacturer was also getting a lot of airplay: Fenix. I hadn’t heard of them really so I was very curious. They seemed to have a lot of competitive models going head-to-head with the other two big companies but at a better price point. Like most folks my money is tight these days so it was a serious consideration. Fenix’s TK series of “tactical” lights was the obvious choice so I decided on their TK15. The light comes with a nylon sheath and a pocket/belt clip. I paid right around $75 for it online. I also picked up their Picatinny rail attachment.

The TK15 has an aluminum body, uses CR123a batteries, has a momentary/on-off tail cap button switch, and has a polycarbonate lens. This light is very tough. It is waterproof and shockproof also. The trade-off is weight.

While the Surefire G2 weighs in at 4.1 oz., the TK15 is 6.6 (both weights w/ batteries). While this is not a huge difference, we all know that weight on the end of the rifle comes at a cost. Nevertheless, I have to consider this “good” weight given the light’s incredible features.

A word about batteries. I still appreciate the Alkaline AA battery as a workhorse of the power industry but the CR123a is fast becoming the standard for high-power applications. It’s power density and low weight make it a better choice when you need a very brightlight in a small package.

While the G2 also used this battery, the TK15 puts those precious volts to much more efficient use. Where the G2 produced 65 lumens (single brightness) the TK15 produces 47 lumens on medium (brightness toggle is just behind the emitter head) and 143 lumens on high. It can run 6.5 hours on the high setting. That is very efficient. It even has a 337 lumen Turbo mode that is able to illuminate objects easily at 100 yds or more, and a low setting that produces 5 lumens for a whopping 146 hours. This is a lot of flexibility. I almost forgot: it has a strobe mode to for signalling.

So how does the light work on the gun? Well, this is where the story gets interesting. As you can tell, I really like this light but as I began to test it I got the distinct sense that the spot was a little too small for my taste. Most light patterns are described in terms of spot and spill. The spot is the really bright area in the center and the spill is the much dimmer light produced around the periphery. The spot on the TK15 is very tightly focused while the spill is quite wide. This is fine for hand use but when mounted on my carbine I found that I wanted the spot to be wider. It was like a tunnel vision effect. I just wanted more information around the target. After doing more reading I discovered that this was not an uncommon finding and that many folks considered the TK21, also from Fenix, to be a better alternative. After a lot of thought I decided that the TK15 would be an excellent Every Day Carry (EDC) pocket light and that I would move to the TK21 for the carbine. In the next post I will review the TK21 in that role.

So, was this a failure for the TK15? Absolutely not. While the light proved sub-optimal for my original evaluation, I have now been carrying that light in my jacket pocket every day for over six months. It is the best pocket light I’ve ever owned and would perform well as a glass breaker or improvised defensive weapon (blinding or striking) if need be. It is also small and easy to carry. I have no doubt it will serve me well for many years.

Next up: the TK21 as a carbine light!

This site uses Akismet to reduce spam. Learn how your comment data is processed.